Corey Nachreiner, over at WatchGuard, posted that the cDc has created Goolag as an aid to Google hacking (the term of using Google to find vulnerable devices or programs). Corey's declaration is a bit off of the mark in that Goolag is actually only a custom interface to search the cDc kruft space. In other words, you get to search all of the web for stuff that's related to (or at least mentionds) the cDc, not the all of Google's "discoveries", as evidenced by the following to screenshots. 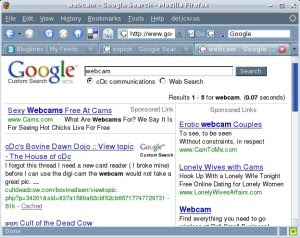 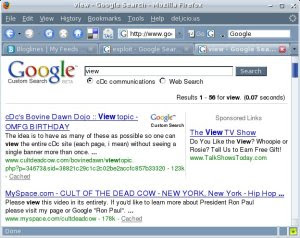 Either one of those searches should have turned up hundreds, if not thousands of references to web cams. You can reproduce this "research" by going to Goolag and typing in "view" or "web cam" and then comparing it with a similar search via the normal Google interface (actually, Google will most likely block your search as an attempt at Google hacking, but it will report millions of hits).
Posted by joat at 9:25 AM