How to open the PogoPlug (v4) case

Not that you'll need it for anything, but if you're ever interested in opening a version 4 PogoPlug, use the following steps: 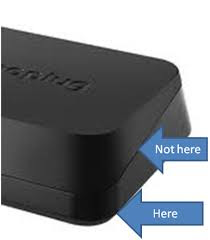