This past week saw a freak storm park over a roughly 4-square mile area
which my house sits in the middle of. It stayed there and dumped just
under a foot of rain in a two hour period.
The following pictures were
taken hours later. I missed the storm as I was at work and my wife says
the water level was much higher. Keep in mind that the street drains
were operating normally. The police report that 3 blocks over, the
water was 3 feet deep.
Oh and no, I don't live near any bodies of
water that would overflow like this. This all came from the sky at 2
p.m. and it was all gone by 7 p.m. 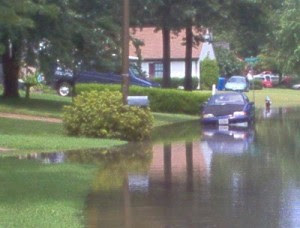 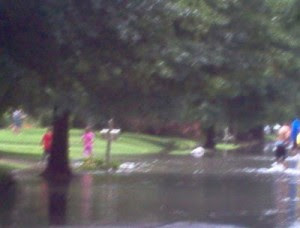 Further down the street, apologies for the fuzziness 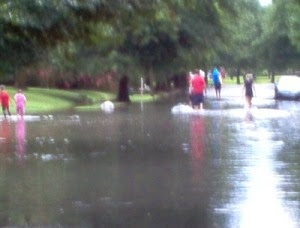 The two kids on the left are on the sidewalk.
Posted by joat at 3:53 PM